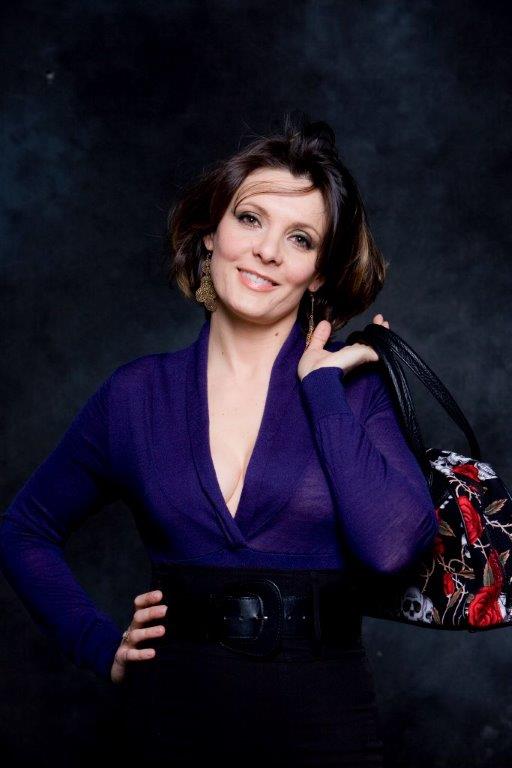 After following a musical education at the National Music Academy of Lille, where she achieved the high school diploma in piano studies and was the first prize-winner for chamber music, Laure BAERT integrated Christiane Stutzmann's singing class at the Music Academy in Nancy : she received the gold medal and the prize for advanced lyrics by unanimous vote as well as the first prize for musical training and analysis.

Alongside her university studies (first degree in Musicology), she distinguished herself at the European Competition in Rennes, presided by Alain Vanzo, in taking the first prize in the duo.
In 2003, she was the « Opera Golden Voice » at the National Competition « Voix d'Or » in Metz, presided by Laurence Dale. In May 2004, Laure Baert was semi-finalist in the International « Reine Elisabeth » Competition in Brussels.

In 2002, she made her stage débuts in Mendelssohn's A midsummer night's dream. She approached the modern repertory in Rihm's Jakob Lenz in Nancy and at the Grand Theatre in Caen. In 2003, she played the first witch in Purcell's Dido and Aeneas, directed by Jane Glover and produced by Yannis Kokkos at the Opera of Nancy. At the Opera in Metz, she achieved great success by singing the role of Oscar in Verdi's Un Ballo in Maschera (Dir : J. Fürst / Ms : L. Dale).

In 2004, Laure Baert took her first steps in the role of Frasquita in Carmen (Ms : Paul-Emile Fourny) at the European Palace in Menton and in 2005, she made her first appearance in Servilia in Clemenza di Tito at the Opera in Metz (Dir. : J. Mercier / Ms : JP. Scarpitta).
Concerning the album, she recorded the role of Nymphe in Jean Cras's Polyphème with the Luxembourg Philharmonic Orchestra directed by Bramwell Tovey.

During the 2005 /2006 season, following concerts with the pianists Claire Désert and Christian Ivaldi in Paris, and an opera recital at the National Opera of Nancy and Lorraine (with the pianist David Zobel), she was applauded in Gluck's Iphigénie en Tauride, and she met with great public and critical acclaim in Donizetti's L'Elisir d'Amore in the Opera of Nancy and Lorraine in the performance of Omar Porras (that she performed again in Spring 2006 in Caen, Rennes and Reims.)
At the Opera in Nice, she appeared in the role of Clarice in Il Mondo della Luna in March 2006, and was part of the production of Desmarets's Vénus et Adonis in April and May in Nancy, under the direction of Christophe Rousset (the performance was subject to a recording). Throughout the summer, Laure was a solo in several concerts and oratorios.

During the 2006/2007 season, she has once again been Giannetta in Bordeaux and Montpellier, she will interpret Mozart's Masses, Charpentier's Magnificat, Schütz, Bach, Mendelssohn, Mozart's Exultate Jubilate and Bach's St Matthew Passion and other melody concerts.

Laure sang Papagena at the Montpellier Opera in September 2007 under the direction of Hervé Niquet (produced by JP Scarpitta).
In December 2007, she is Pauline in La Vie Parisienne at the Opera of Nice (Dir : B. Pionnier / Ms : N. Duffaut), a stage that she will also play in March 2008 as Poussette in Manon alongside Nathalie Manfrino and Gregory Kunde…

Laure Baert performs in France and in Luxembourg particularly, as much in the baroque repertory as in the oratorio : Mozart's Mass in C minor, Haydn's The 7 last words of Christ, Bach's Cantate 51, Fauré's requiem, Pergolèse's Stabat Mater…

The prima Donna will perform among other things in recitals (Les Muses créatrices, with David Zobel at the Opera Montpellier) and concerts (Les Vêpres de Monteverdi…)